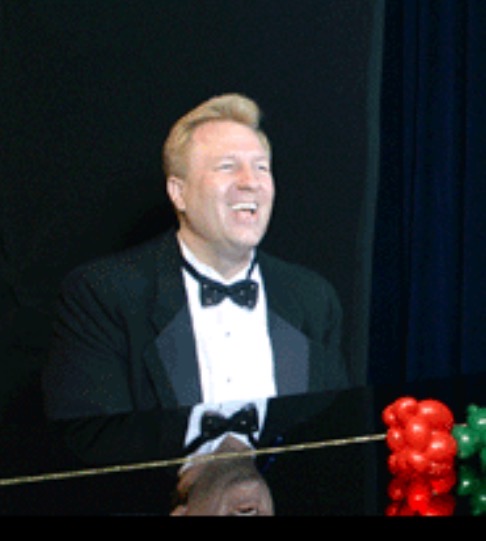 S. Frank Stringham (everybody just calls him "S."), is a multi-talented entertainer who will make you laugh and make you feel good about yourself!!S. has been an entertainer in almost every kind of venue that you can think of; from musical theatre to the silver screen; from small classrooms to major convention halls; from the comedy clubs of Los Angeles to the vaudeville clubs half way around the world.

His talents come from a position of love…he loves to perform, he loves to laugh, and he loves to see others laugh. In fact, he has been accused of making people laugh who have never before laughed in their lives. His mission statement includes the four “L’s”…”to bring Love, Life, Light, and Laughter into the lives of everyone I come in contact with…”S. has over 30 years of professional experience in most fields of entertainment!!

For over 20 years S. has been performing, using his talents as a singer, songwriter, playwright, business instructor, motivational speaker, balloon artist, comedian, actor, pianist, and Master of Ceremonies, for companies and producers like Sears, NSA (NationalSpeakers Association), Ringling Brothers and Barnum & Bailey, The Flying Elvi, AnEvening At The Improv, Caesar’s Palace, NBC, FOX, ABC, and The Comedy Store; to awe audiences like Big Brothers and Sisters of America, The Children’s Miracle Network,Japan, Belgium, England, Air Supply, Budweiser, Martin Scorsece and many others.

S. is also a businessman who owns his own entertainment company - S. Capades International, LLC. He is a professional speaker who concentrates, in the business field, on Niche Marketing, The Four Ls (the key to true happiness), and Speaking Your Second Language. His love for networking and hob-nobbing puts him in contact with highly successful, high-integrity individuals and programs that can help others find their Love,Life, Light, and Laughter.S. was on America's Got Talent, and although he was buzzed off immediately (it’s difficult to put your head around what he does in less than 3 minutes), he got many gigs afterwards because of it.

S. also has a friend/character that he introduces to audiences every once in awhile, One-Eyed Jack (his eye is made out of balloons). One-Eyed Jack can sing, can transport himself, can do comedy, and he knows EVERYTHING. 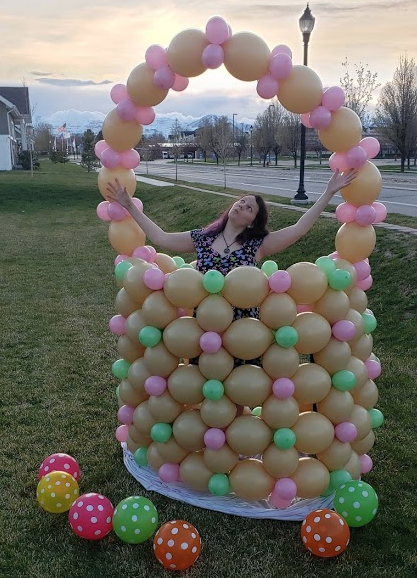 Tamsyn Spackman has been a musical “jack of all trades” her entire life. In early years, she competed on a state level with piano, violin and vocal solos.  She was a band president, a show choir performer, and the lead in a number of school musicals.  She was also an instrumentalist in the orchestra pit.

She received her Bachelor’s degree in Music, Vocal Performance Emphasis, from Utah State University in 2007.  During that time, she was also a Horrigan Scholar for the Cache Children’s Choir, she performed in the rhythm section of the Jazz Ensemble, and sang with the Chamber Singers.  She was involved in several operas, and she also received a number of awards for excellence in music theory.

Tamsyn has performed in countless productions including being a featured vocal soloist in Handel’s Messiah, plus she was a church organist for over 5 years.  She has over 20 years of experience teaching piano, and she has been the musical director of both children and adult choirs.

She is the author and creative genius behind the website www.teaching-children-music.com where she has produced an album entitled “Mother Play”.

In 2017 she became a balloon artist and performed as a twister at many events. She also worked behind the scenes for large balloon decor builds such as the Halloween Balloon Maze featured at The Leonardo Museum in Salt Lake City.

When she met S. Frank Stringham, their synergy as musicians and balloon artists was the making of a dynamic duo in their show “Just Becausin”.  This classic vaudeville performance involves comedy, balloon art, dueling pianos, singing, audience participation, and most of all, fun for the entire family.